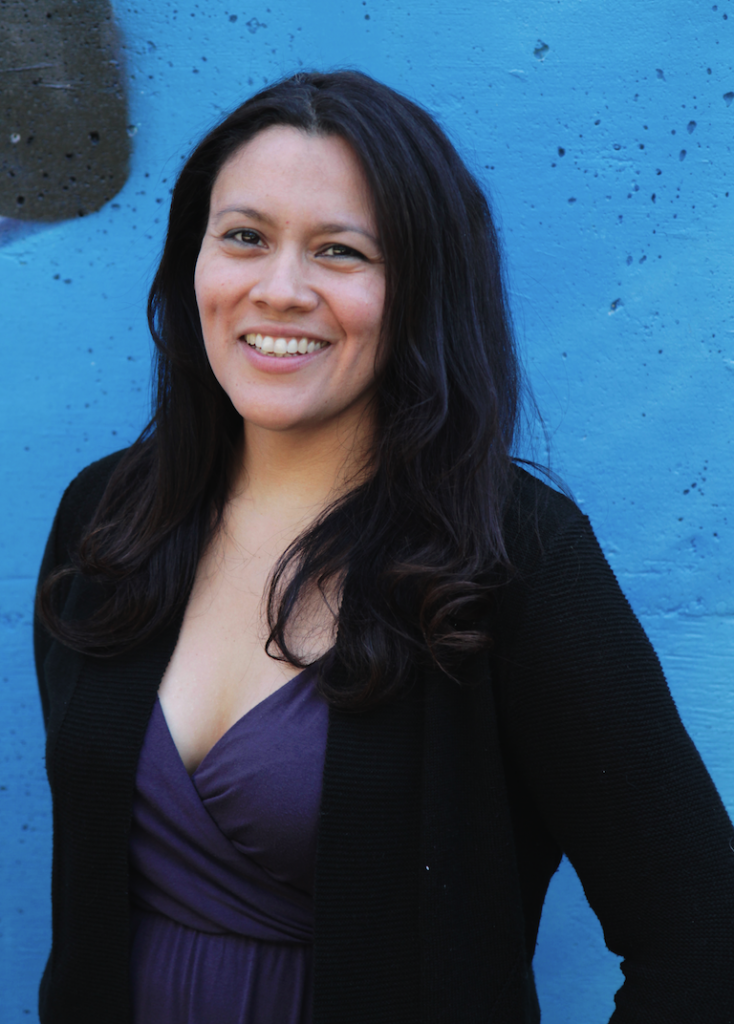 Rhiana Yazzie is a 2021 Lanford Wilson and 2020 Steinberg Award winning playwright, a director, a filmmaker, and the Artistic Director of New Native Theatre, which she started in 2009 as a response to the lack of connection and professional opportunities between Twin Cities theaters and the Native community. She is a 2018 Bush Foundation Leadership Fellow and was recognized with a 2017 Sally Ordway Award for Vision and has been a Playwrights’ Center fellow multiple times (McKnight 2016/17 & Jerome 2006 & 2010). A Navajo Nation citizen (Ta’neeszahnii bashishchiin dóó Táchii’nii dashinalí), she’s seen her plays on stages from Alaska to Mexico including in Carnegie Hall’s collaboration with American Indian Community House & Eagle Project. She has a new co-commissioned play in the works with Long Wharf Theatre and Rattlestick Theater and is currently developing her newest play Nancy, a Native bio-perspective on Nancy Reagan, a sequel to Queen Cleopatre and Princess Pocahontas, which was commissioned by Oregon Shakespeare Festival and the Public Theater for the American Revolutions cycle. Her first feature film, A Winter Love, (writer/dir/prod/actor) will premiere at festivals in 2021/22. She is a graduate of the University of Southern California’s Masters of Professional Writing where she produced events featuring Stephen Hawking, Madeleine Albright, Paula Vogel, Herbie Hancock, and Spalding Gray. 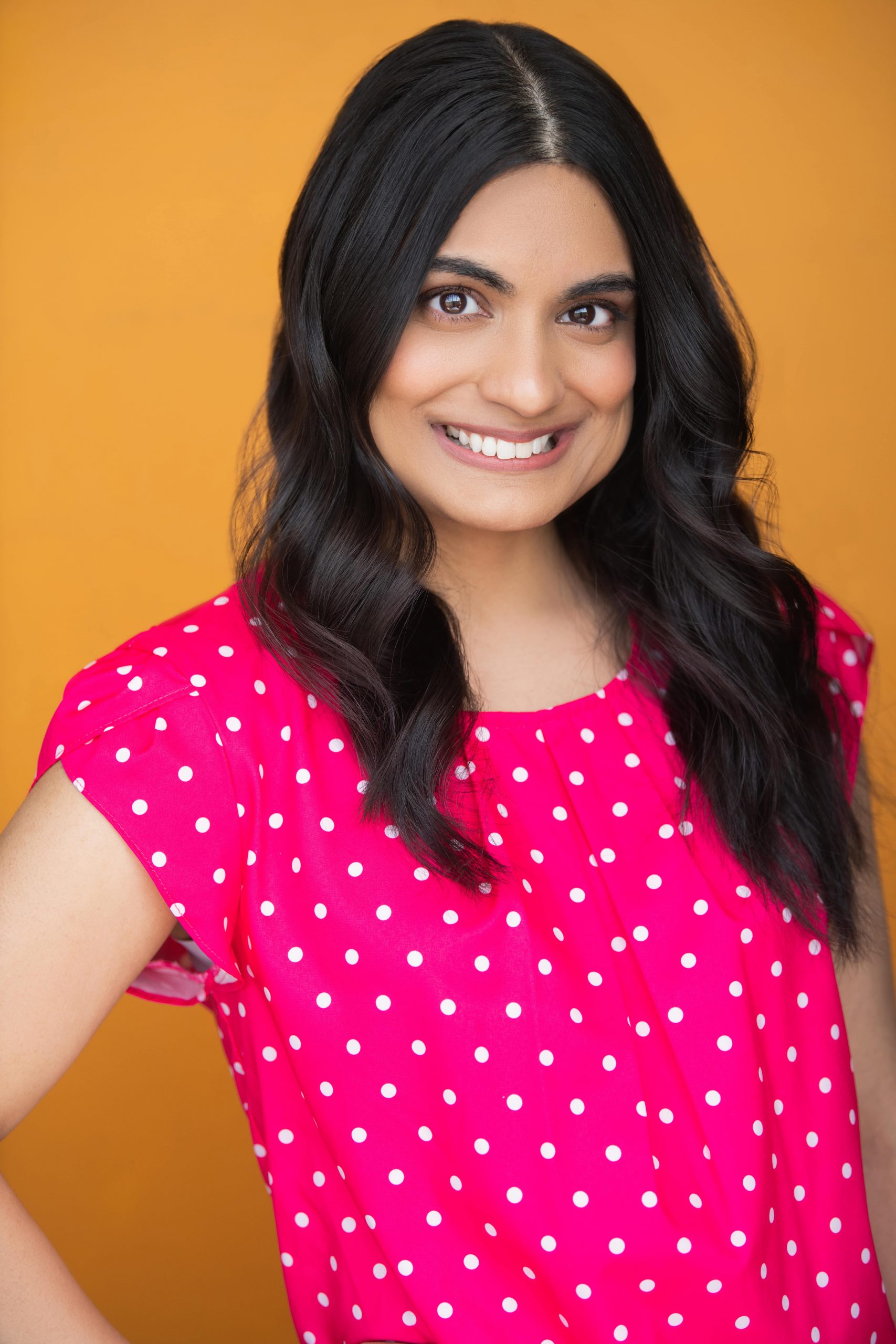 Noreen Quadir is an actress, writer, and media specialist. She is the Communications Advisor for New Native Theatre. Noreen grew up in Connecticut, where she studied at Southern Connecticut State University and received her BA degree in Theatre. She also studied at the Circle in the Square Theatre School and Magnet Theater in New York City.  Noreen has worked with a variety of theatre and arts organizations, where she developed communications plans and marketing strategies, created content, and managed online platforms. She has also performed in several theatrical productions, including The Vagina Monologues, A Muslim in the Midst, Sharum, and Pretty White Girl, as well as various children productions such as Magic, Moonlight, and Mardi Gras. Aside from her theatre and media work, she is also an advocate for various social causes including increasing diversity, representation, and equity in the arts, equality, animal welfare, and environmental sustainability. Noreen has also taught and tutored kids in drama and literature. Her favorite food is chocolate. You can follow her on Twitter and Instagram at @NoreenZizzyQ. 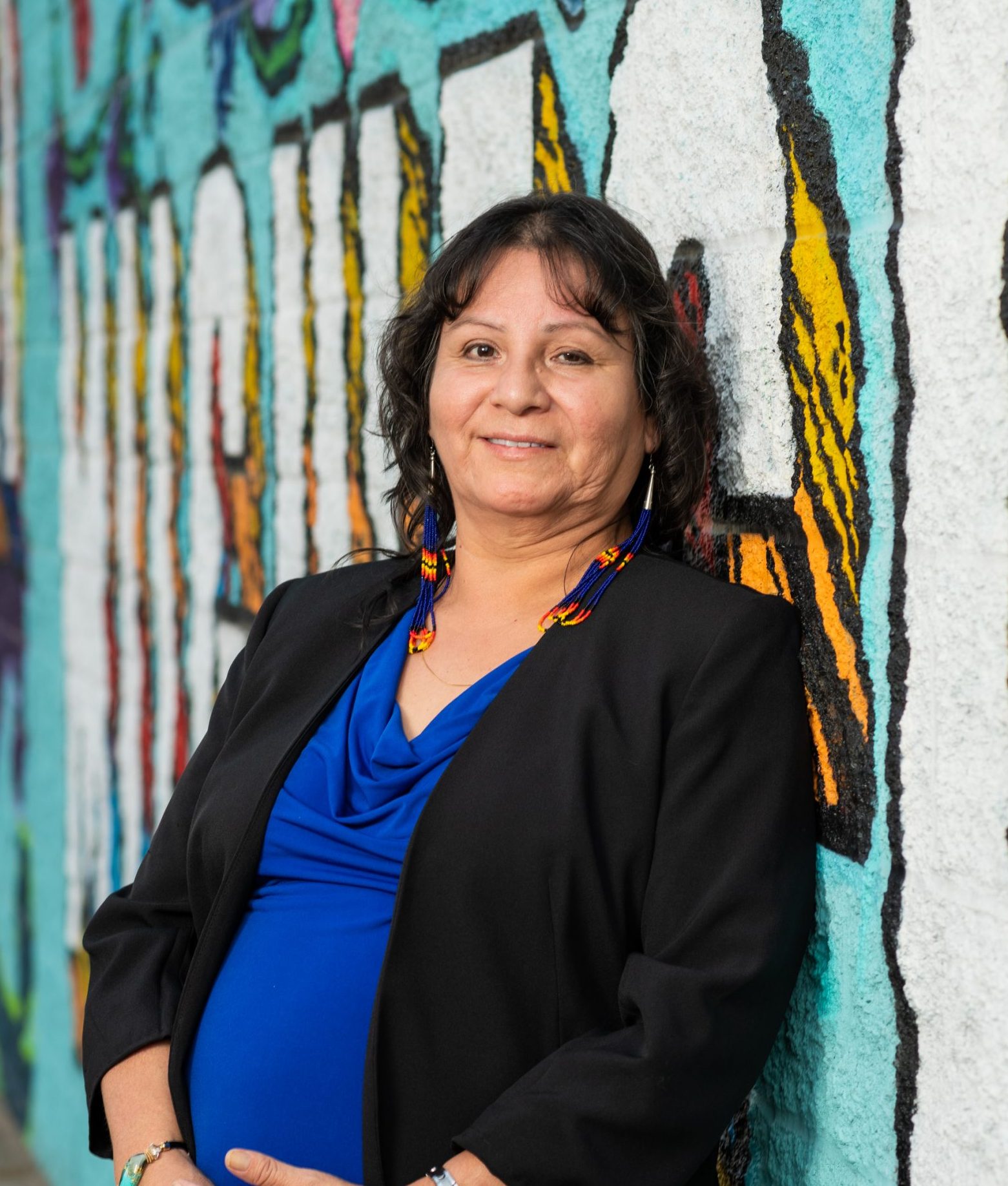 Kim Galvan is Ojibwe from the White Earth Nation in Northwestern Minnesota. She grew up in South Minneapolis and raised her family in Mounds View, Mn. She has four daughters and five grandchildren.

Kim started her career in a CPA firm that specialized in audits for nonprofit organizations as an office manager/bookkeeper. She has twenty-five plus years of accounting and more than half are in nonprofit accounting.

Her skills are a variety of accounts payable/accounts receivable, financial statement preparations for board members, fund accounting, reconciliations, and payroll.

Kim loves to learn, camp, and travel, and is a self-taught wood working builder. She is currently teaching herself to sew ribbon skirts and ribbon shirts. She hopes to donate these items to the school district as gifts to graduating seniors. 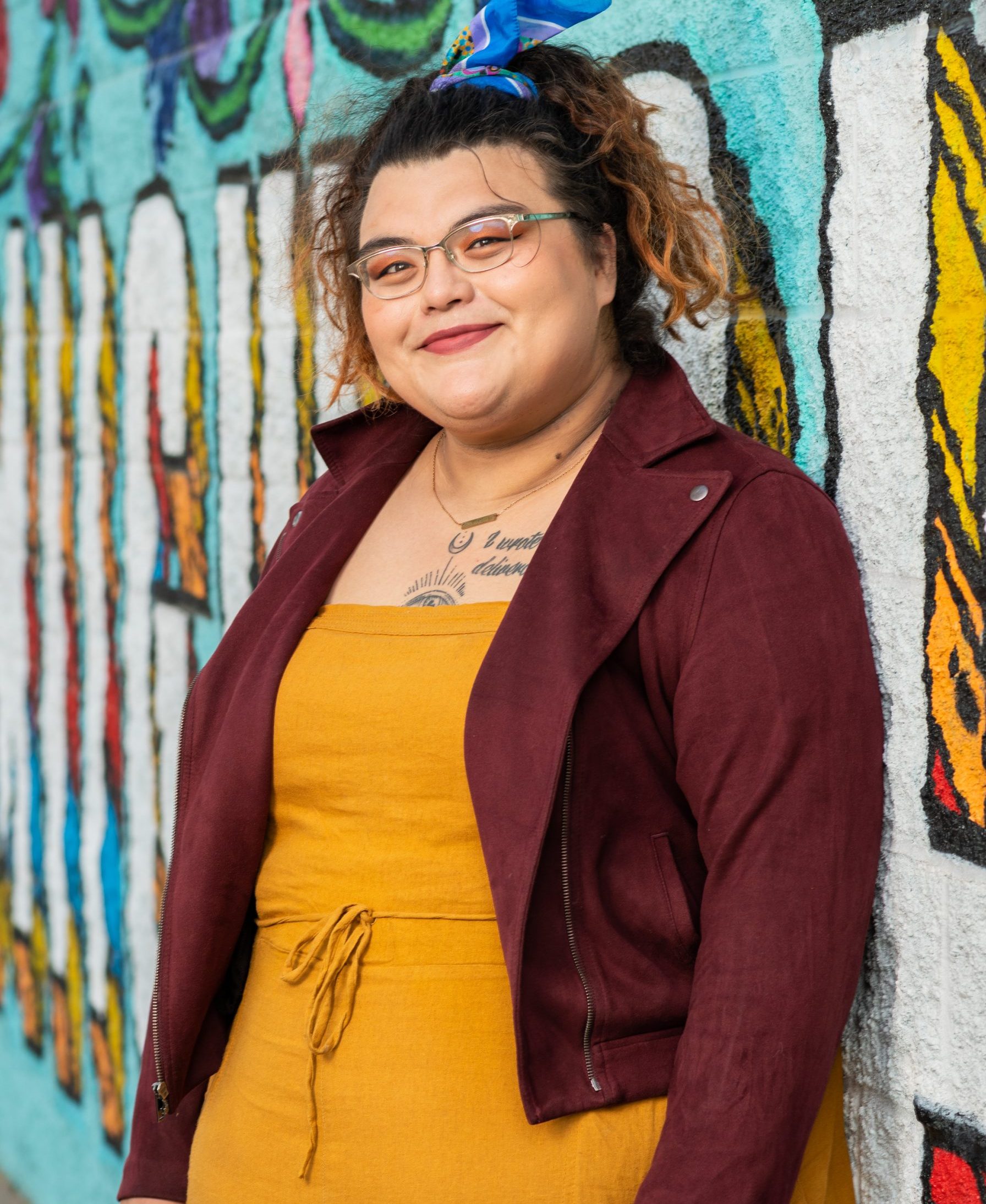 Charli Fool Bear (Koppinger) is a Yanktonai Dakota playwright, actor, and now Artistic Producer from the Standing Rock Indian Reservation in North Dakota. Following high school, Charli attended Dartmouth College, where she studied theatre and received special academic recognition from playwright Joe Sutton. Her play, The Crickets Ate the Moon, was the first runner-up of Yale Indigenous Performing Arts Program’s inaugural playwriting contest, where it received a workshop and reading at Yale University. The Crickets Ate the Moon also received a staged reading at Dartmouth College, where Charli received the Susan DeBevoise Wright Award for her work on the play.

More recently, Charli was an active participant in the vibrant theatre community of Bismarck, ND, where she worked closely with all of the city’s theatres in various capacities, including writing, stage managing, assistant directing, and fundraising. She also performed in several productions, including The SpongeBob Musical, RENT, and Cotton Patch Gospel. She was commissioned by YIPAP to write a new play, WAKE, for their 5th Annual YIPAP Festival, where it received a virtual reading. She continues to write stories that explore grief, trauma, poverty, and womanhood in Native communities.

Outside of theatre, Charli has been independently studying, writing, and recording music for over 15 years. She is passionate about bringing theatre to Indigenous communities and creating theatre for Native audiences, and therefore very proud and excited to be a part of the New Native Theatre team.