Native Man the Musical produced in the 2014 Minnesota Fringe Festival was by percentage, the seventh best selling show in the entire festival of 169 plays. Rave reviews in local media averaged five stars. This play was a combination of a community created show and an original commission: Real Indian men open up about being warriors, fathers, lovers, politicians and more. Scored by a live and pre-recorded music, this play was comedic and musical gaze into the Native American man’s fiery heart and complicated mind. 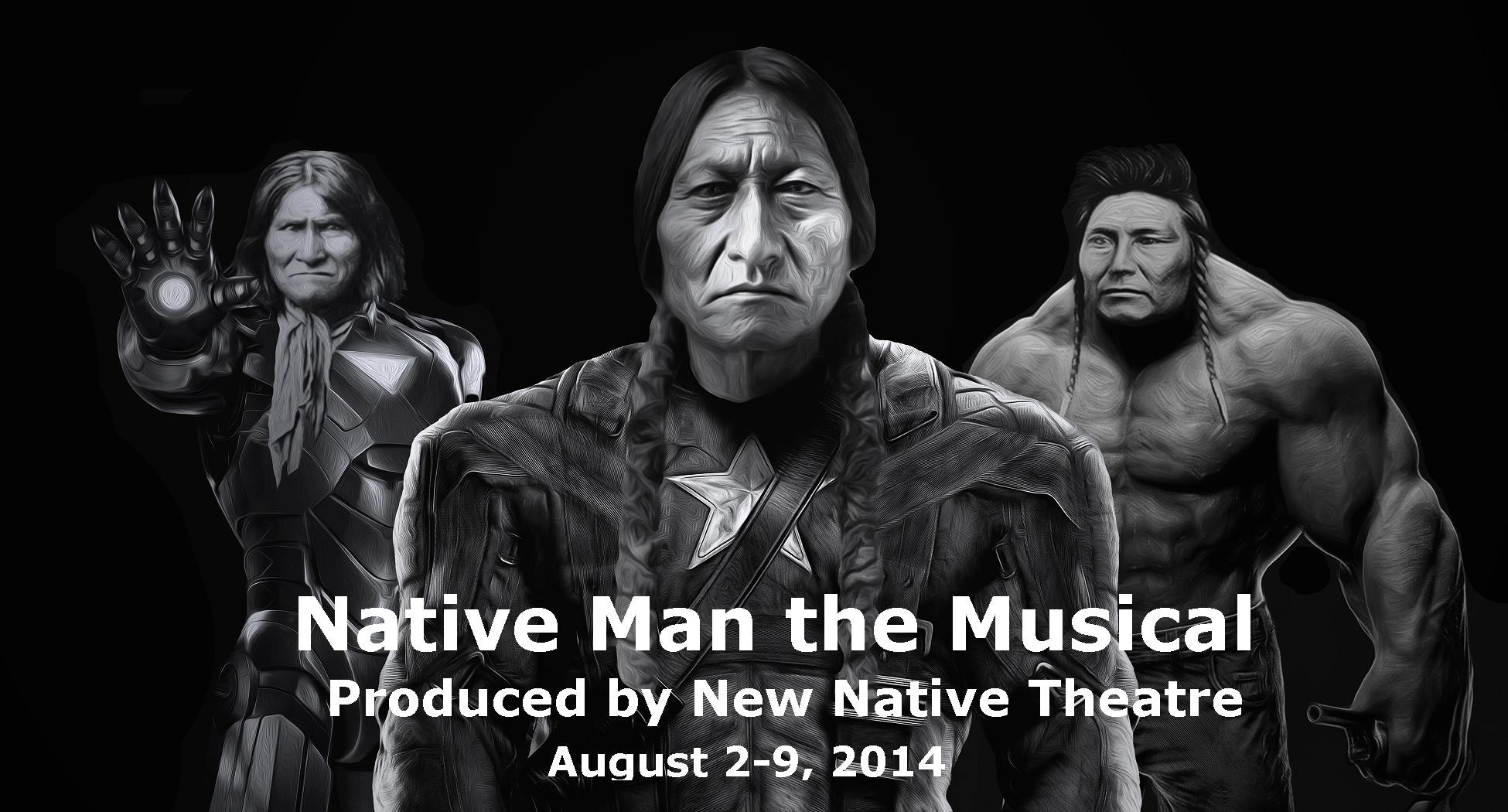 Read the rave reviews!
Notable Newbies Vita.MN
“It was a surprise to see this level of quality and integrity in a first-time production, and if I was disappointed in anything, it was the fact that I couldn’t find anything to criticize. (5 out of 5 hands clapping)”
Minneapolis Star Tribune
“A compellingly confrontational production.”
THE CIRCLE NEWSPAPER, Minneapolis’ own Native publication
“The paradigm of Native American manhood shifted with New Native Theatre’s production of “Native Man the Musical, Phase I.”